Students, alumni, and donors share their stories of impact—stories that exemplify what it means to embody the Spectrum Center’s commitment to accessibility, collaboration, and student leadership. These stories also spotlight the growth of U-M and the Center, and their shared commitment to Michigan’s LGBTQ+ students. 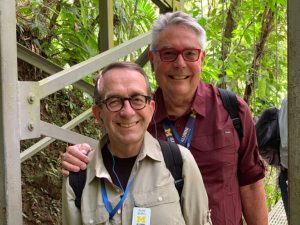 When Kenneth Hillenburg (MS ʼ86) and Alan Burg made the decision to make a bequest to the University of Michigan, their goal was to give back to the school that brought them together some 38 years ago.

Hillenburg, a retired periodontist, and Burg, a retired school administrator, started in increments: They spent five years helping to organize and relaunch the U-M LGBTQ Alumni Association with the help of the Spectrum Center, making monthly contributions to keep operations running smoothly. This impactful endeavor inspired them to continue giving. 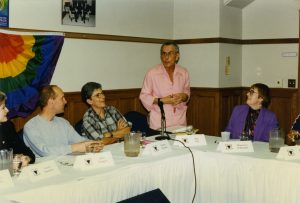 For 50 years, U-M’s Spectrum Center has advocated to expand civil rights and inclusion for LGBTQ+ students. Now, a new series of oral histories creates a queer sense of intergenerational connection and ‘chosen family’ to inform and enrich students of the next 50 years. 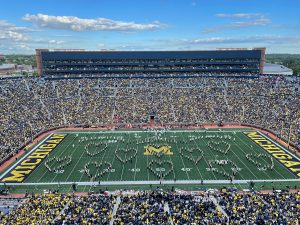 The university’s band played songs by Lady Gaga, Diana Ross, Cyndi Lauper and Sister Sledge, among others, as they marched into hearts and word formations. 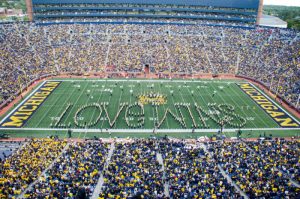 Michigan’s marching band performed an LGBTQ-themed halftime show Sept. 25 in The Big House for its game against Rutgers (the Wolverines won, 20-13). The show honored the 50th anniversary of the Spectrum Center, the first LGBTQ space to be formed on a college campus.

Read the full story on Outsports 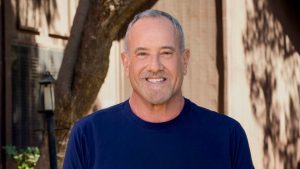 Public Relations guru, Howard Bragman, has created a million-dollar “coming out” fund to open support centers on all three University of Michigan campuses. 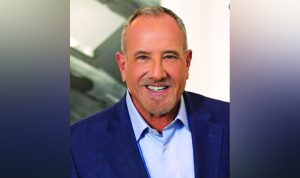 Howard Bragman said he hopes his gift inspires other alumni to give, but also hopes to raise awareness of what the Spectrum Center is.

Read the full story on The Detroit Jewish News 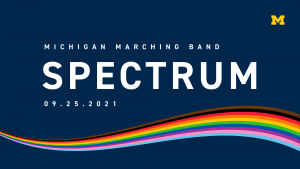 During the Homecoming game against Rutgers this past weekend on Sept. 25, 2021, the University of Michigan Marching Band performed a fully LBGTQ+-themed halftime show that honored the 50th anniversary of the Spectrum Center.

Read the full story from the LA Blade

Public Health alum Carmelita Perrien Naccarato (BS ’21) shares her experience working with the Spectrum Center to connect her academic studies with her passion for social justice.

Chris Armstrong (AB ’11) is a graduate of the College of Literature, Science, and the Arts (LSA). He reflects on his maize and blue heritage, the controversy surrounding his student body presidency, and the enduring impact of U-M’s Spectrum Center.